Transformation Partners in Health and Care > News, blogs & videos > Mayor calls for all Londoners to play their part in supporting others and helping to prevent suicides

More than 12 people a week take their own life in London. If someone was in crisis, would you know what to say? 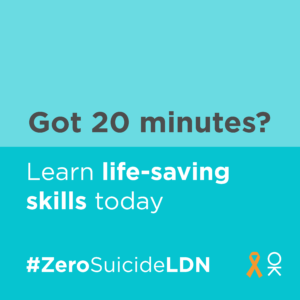 The Mayor of London, Sadiq Khan, has launched a new #ZeroSuicideLDN campaign to help Londoners support others and prevent suicides in the capital.

To mark World Suicide Prevention Day, the Mayor has called for 100,000 Londoners to complete the Zero Suicide Alliance’s free online suicide prevention training so they can help play their part in saving lives.

Suicide is the highest cause of death for people between 15–29 years, with the most disadvantaged groups most at risk. Last week it was revealed that nationally suicide rates are at their highest levels in four years.

This free 20-minute training – which the Mayor has completed – is designed to show how to have a direct and honest conversation about suicide with friends and family. It combines facts with real life stories to show the impact it has on people’s lives.

The aim is to break the stigma of talking about the subject, suicidal thoughts and bereavement, and help London become a ‘zero suicide city’. This follows research that shows talking honestly and openly about suicide has helped to save lives.

The aim is for 100,000 Londoners to complete the training in the next 12 months and Sadiq announced the target at an event at City Hall hosted by Thrive LDN – the citywide social movement, supported by the Mayor, to improve the mental health and wellbeing of all Londoners.

The Mayor of London, Sadiq Khan, said: “Suicide is a tragedy, for those who take their own life and for the loved ones they leave behind. It’s important that we break the stigma of talking about suicide so we can all play our part in helping those in need. That’s why I’m calling on Londoners to take this free online suicide prevention training. Together, by having more open and honest conversations we can support each other and move closer to achieving our ultimate ambition of becoming a zero-suicide city.” 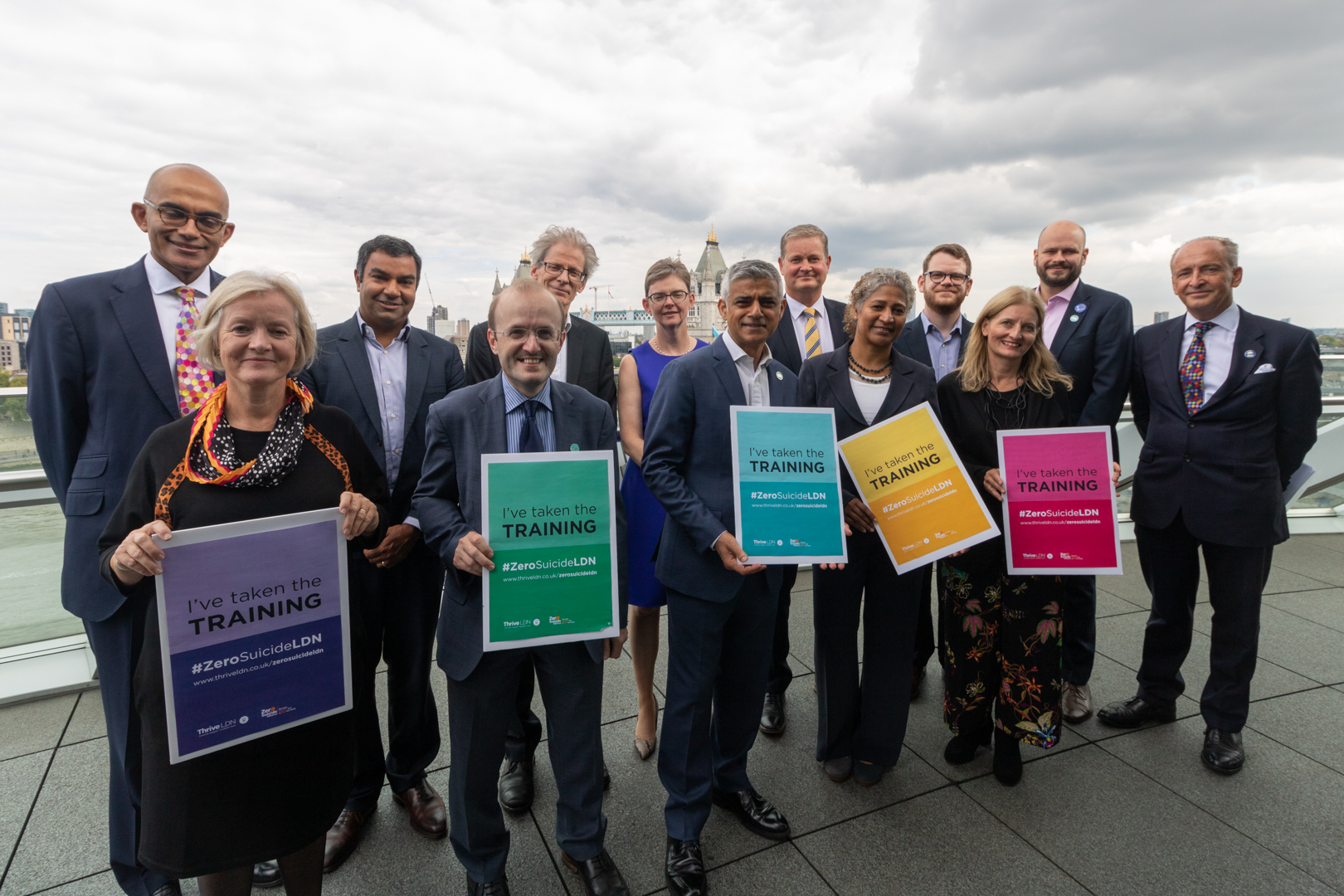 Geraldine Strathdee, Co-founder of Zero Suicide Alliance, said: “The alliance is ultimately concerned with improving support for people contemplating suicide by raising awareness of and promoting free suicide prevention training which is accessible to all. I’m delighted for the alliance to be working with the Mayor and Thrive LDN on this campaign – it’s a vital tool in helping us all to spot the signs that any of our friends, colleagues or loved ones may be in crisis, and to give us the skills and confidence to help them to seek help.”

Jacqui Dyer, Co-Lead of Thrive LDN, said: “On average, 12 Londoners a week take their own life in London. However, we also know that suicide disproportionately affects certain communities. For example, people in the lowest socio-economic groups are ten times more at risk of suicide than those in the most affluent groups. We need to continue to be innovative in our approach to suicide prevention in London – it is only through continued efforts to support whole communities to come together and address the causes of poor mental health that we can meet our shared goal of making the capital a ‘zero suicide’ city.”

Philip Glanville, the Mayor of Hackney and co-lead of Thrive LDN, said: “There remains a stigma attached to mental health, and suicide in particular – an unwillingness to openly face it and to discuss it. That is why the push for zero suicides in London is so important. Through the campaign, we can show Londoners that there is nothing to be feared in talking about suicide and mental health. We can create a city that is stigma free, where people are able to have a more direct and honest conversation about suicide with fellow Londoners in a safe and sensitive way.”

Martin Machray, Joint Acting Chief Nurse, NHS England & Improvement (London region), said: “I wholeheartedly support the Mayor of London and Thrive LDN’s Zero Suicide LDN campaign. Research among people who have considered suicide shows that talking honestly and openly about suicide helped to save their lives. By taking just 20 minutes to complete the online training, we could all help save someone from taking their own life. The training is designed to give everyone the skills and confidence needed both to better identify suicidal thoughts and behaviour, and to give you the information to direct someone towards the support they need.”​

Support the campaign by downloading the campaign resources and sharing with your networks. We have created digital assets, such as social media graphics and desktop screen savers to promote the training. Or use our printed resources to show you have completed the free online training on social media.