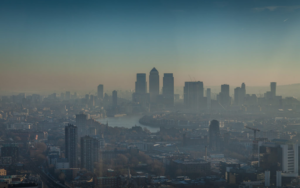 Thursday, 20 June 2019 is Clean Air Day, and Sara Nelson, deputy director of transformation for children and young people at Healthy London Partnership, is asking NHS Trusts and Londoners, to get involved in improving air quality in our city.

London suffers from high levels of air pollution, and has the highest levels of nitrogen dioxide (NO2) pollution of any capital city in Europe. Our air contains microscopic particles that can stay in the air for long periods, and can cause harm to humans who unavoidably inhale them. Air quality is much worse in certain areas compared to others.

Currently 24% of primary schools in London are in areas that breach the legal limit for NO2. The particles act as a trigger for many children and young people with asthma, contributing to hospital admissions. Children die because of asthma every year in London.

How NHS Trusts can help

Healthcare activity contributes to air pollution through journeys made to NHS premises in petrol and diesel vehicles by staff and patients alike and engines idling outside premises, for example. Healthy London Partnership is supporting NHS organisations to reduce this and improve their eco-friendly credentials through their air pollution reduction toolkit. This provides many simple suggestions, most of which are free and easy to implement.

We are also asking NHS organisations to support the #AskAboutAsthma campaign, raising awareness of how air pollution impacts on asthma by using our communications toolkit. This runs throughout the year but has an awareness campaign week beginning 16th September.

How people with asthma can protect themselves

On days when pollution levels are high, you should avoid areas with lots of motor traffic, especially at rush hour. Pollution levels are usually higher in the evenings, when it’s humid, still sunny or on cold days and if there are high winds or atmospheric changes. People with asthma should stick to the back streets, keep windows closed and avoid physical activity close to main roads. Pollution levels can be checked on https://uk-air.defra.gov.uk/forecasting.

How Londoners help to can help to reduce pollution

There are many ways all Londoners can help too, reducing their impact on air pollution in the city: 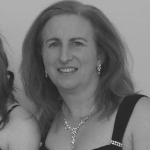 Sara Nelson is Deputy Director of Transformation for Children and Young People at Healthy London Partnership.  She has led the asthma program since its inception, developing the London asthma, ambitions, standards and asthma toolkit.

She trained as a nurse at Westminster Hospital and specialised in cardiothoracics at the Royal Brompton. She was elected to the role of Registered Nurse on the Governing Body at Bromley Clinical Commissioning Group in 2012. She is an editorial board and founding member of the British Journal of Cardiac Nursing and has published in both medical and nursing press including two books chapters. She was awarded the title of Queen’s Nurse in 2015.